Solving the common problems in the trading business

Tips for the Innovation Marketeer: Which digital tools are best for experience marketing?

Should You Take Out a Business Loan or Fund Your Startup Yourself?

10 Points to Think About When Starting a Web Development Project 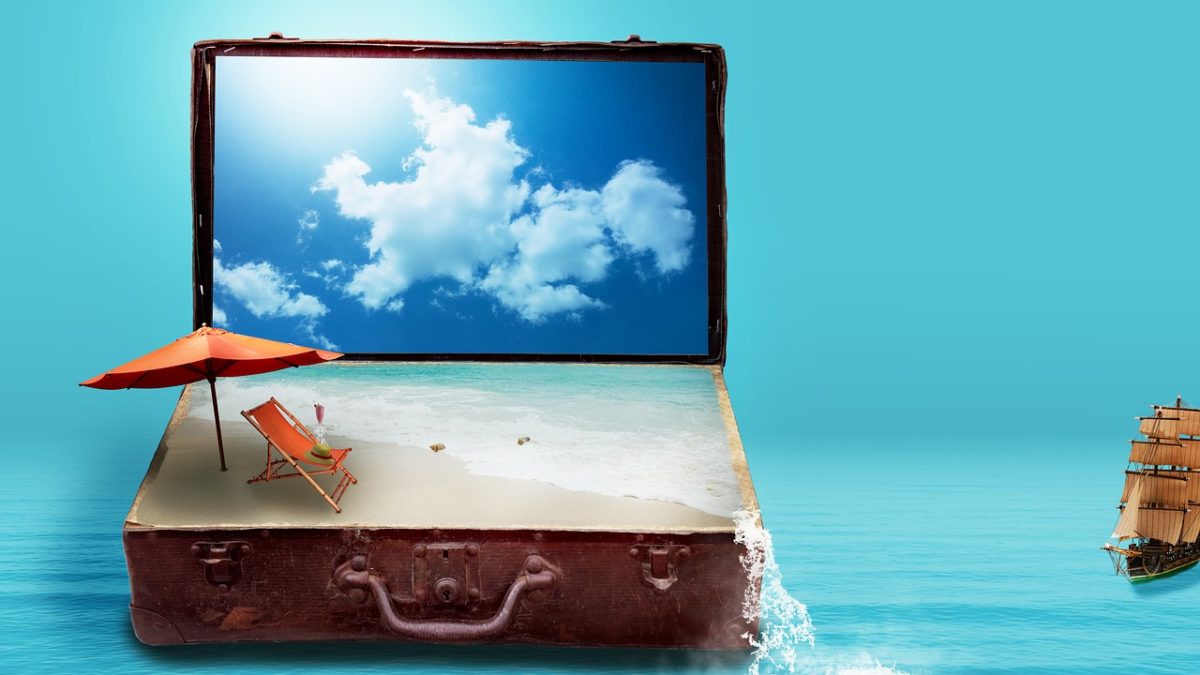 The Science Behind How Travel Makes You More Creative

Many go on local/international trips for the sake of gaining new experiences, meeting new people and learning about other cultures. However, researchers now add another reason for traveling: it makes you more creative. Whether it’s work-related or not, any form of travel imparts a positive outcome for a person’s mind and well-being.

The Connection Between Neuroplasticity And Creativity

Neuroplasticity is the ability of the brain to undergo new developments, improvements, and neural connections due to several factors such as behavioral, neural, and environmental effects. Depending on your life experiences (recent or not), the brain selects which neural synapses it should delete and retain. At the same time, underused cells in the brain undergo apoptosis (natural cell death) to make room for new or often used ones.

Whenever a person learns something new or if they obtain further information, neuroplasticity also occurs. This process applies when there is direct trauma on the head because the brain tries to adapt and compensate for the loss of function. Neuroplasticity is the same as rewiring or restarting the brain.

If someone travels, he/she meets new people and learns a few things along the way, such as the language, the culture, or it may be as simple as memorizing the directions going to a tourist attraction. The frontal cortex is the area of the brain that’s responsible for the functions that contribute to creative thinking, and this part gets stimulated along the way. The need to understand and “solve” problems like a language barrier or getting lost activates the frontal cortex and, overall, contributes to a person’s creativity.

Studies About Traveling And Creativity That You Should Know About

To further prove the relationship between traveling and the development of creativity, here are some published articles, studies, and researches, you should know about and understand.

Learn Why The Romans Do What They Do: How Multicultural Learning Experiences Facilitate Creativity by Maddux, Et. Al.

This research investigates the effects of living abroad on a person’s creativity. Researchers believed that the multicultural learning aspect of living abroad is the primary and critical component that further improves creativeness. During the three experiments conducted, they found out that when they instructed the subjects to recall a multicultural experience, the following results happened:

1. The subject was able to facilitate idea flexibility. Meaning, the person could solve a single problem using different solutions and ways.

2. It further increased the person’s awareness regarding associations and connections.

3. The subject was able to overcome functional fixedness, the way of thinking that only focuses on one traditional idea or solution to resolve problems.

Furthermore, the second and third experiments resulted in a specific finding: undergoing functional learning in a multicultural context facilitated the subject’s creativity. Overall, the researchers concluded that multicultural learning contributed to the improvement and enhancement of a person’s creativity.

Lessons From A Faraway Land: The Effect Of Spatial Distance On Creative Cognition by Jia Et al

This study took place at Indiana University, and the researchers gave the subjects puzzle pieces. They also divided the participants into groups to be able to compare results from different ways of thinking. For one group, the researchers told them that the particular puzzle they had originated from another place (for example, from Africa or Columbia), and they observed how this group started solving and working on the pieces.

Results showed that the people whom the researchers told that they had pieces from another place demonstrated a more comprehensive range of thinking as well as a better approach to solve the puzzle. This study shows that when introduced to a foreign or out of the country information, people tend to think more critically and creatively.

Using the same thought, Jia and his colleagues told the participants to write modes of transportation, and they could write as many as they wanted. The participants had two groups: those who study in Greece, and another who studies in Indiana. The results showed that the students who study in Greece were able to provide more answers and modes of transportation compared to the subjects who studied in Indiana. It shows that people who have experiences in places other than where they live have more originality and creativity in more ways than one.

This study was one of the many published in the Journal of Personality and Social Psychology conducted and led by William Maddux, Ph.D., and Adam Galinsky, Ph.D. Alongside four other similar studies, Maddux and Galinsky conducted another research on the business administration students of Kellogg School by asking them to solve the Duncker candle problem. The researchers presented the students with a candle, boxes of tacks, and a box of matches. The goal of the activity was to attach the candle onto the wall without dripping wax while also allowing it to burn correctly.

The correct way to do the activity is to use one box of tacks as a candle holder, empty another box and proceed to tack it to the wall, placing the candle inside. Being able to perform the correct solution gives the researchers an idea about a person’s creativity because it means that a subject sees the objects as something other than its primary purpose. Results showed that the students who had a history of living abroad were more likely to come up with solutions other than one mentioned earlier.

While this study talks about the decrease in creativity, it’s still important to note that the way a person thinks about a country’s culture and racial groups affects their creativeness. The people in this study who showed closed-mindedness when talking about a racial group showed manifestations of racial intolerance that ultimately changed the way they think in terms of creativeness. The researchers gave the test to subjects from Caucasian Americans, Israelis, and Asian American groups.

How Traveling Affects You And The Way You Think In General

Aside from boosting and enhancing a person’s creativity, there are other ways traveling can positively affect the mind.

Because of the constant interaction with people that have different views, cultures, and upbringing, you become more open and welcoming to new experiences. For example, you travel to Japan and learn that slurping noodles are a custom that Japanese people do to compliment the chef for the delicious food. You, as a foreigner, begin to embrace the culture one step at a time. Traveling, whether it was a long trip or not, almost always imparts an eye-opening experience.

The Trip Helps You Identify Who You Are

Visiting a foreign land means that you are no longer allowed to practice the usual things you do back home. You’re pushed out of your comfort zone while also being faced with new facts and information that you must comply with and follow while visiting a country. When you get out of your comfort zone, everything else follows, and there is a need to confront who you are.

Sometimes, people are mad at things that they don’t understand. If you find yourself hating on other races, maybe it’s time to visit their country and try to learn something or two about their culture. This activity will surely open your eyes and make you less angry and non-racist, which then, overall, increases your creativity, according to a study mentioned earlier.

Traveling is a beneficial and advantageous activity that has opened the minds of numerous people for many years. And if you need some ideas on where to go if you are intending to do a camping trip, be sure to check this article out theexpertcamper.co.uk/blog/camping/5-best-campsites-in-the-lake-district-for-families.

Review The Science Behind How Travel Makes You More Creative. Cancel reply

The Secrets of Sildenafil

A Beginner's Guide to the Basics of Video Selling

SERP Checker Tools: How They Work and the SEO Data They Report

How to Avoid Micromanaging While Leading a Remote Team?

7 Best Face Masks for Every Situation

How to Find the Ideal Digital Marketing Company for Your SEO 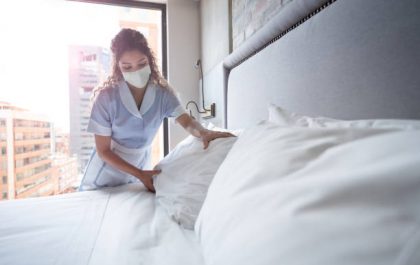 It has been a year since the pandemic has broken. Until now, there is no definitive answer when everything goes…

Solving the common problems in the trading business

Tips for the Innovation Marketeer: Which digital tools are best for experience marketing? 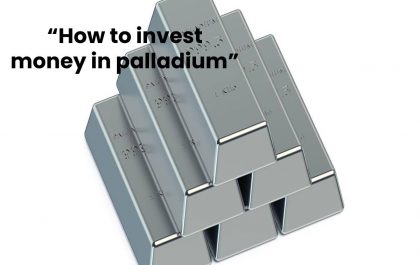 Out of all the precious metals, palladium is by far one of the most fascinating. Not being officially listed as…

Should You Take Out a Business Loan or Fund Your Startup Yourself?

10 Points to Think About When Starting a Web Development Project